Significant Locations in Kent County during the War of 1812

For a larger printable version of the map click here 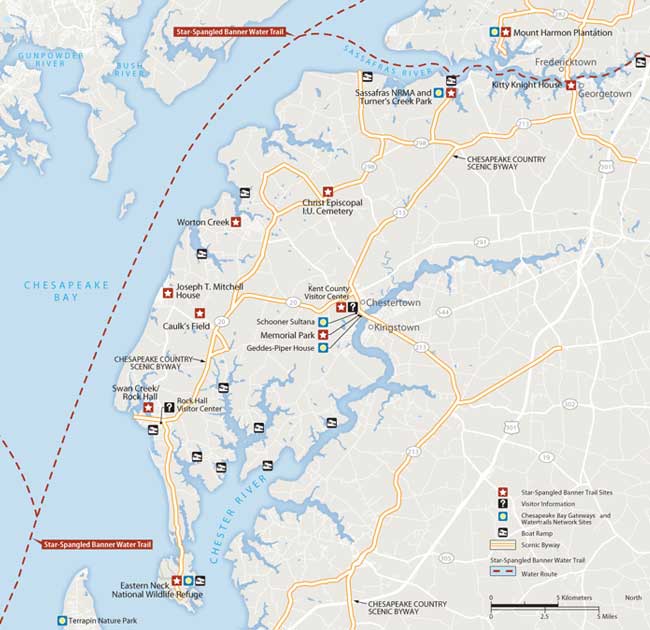 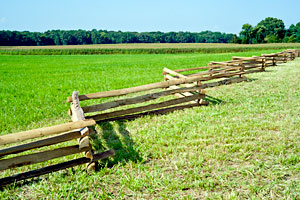 Caulk's Field—Kent County braced for the return of the British in August 1814. Enemy raiders had destroyed Georgetown the previous year while terrorizing Maryland's Eastern Shore. Now they were back in an attempt to divert attention from the main objective of Washington. They landed on the Bay shore on August 30, and marched inland to encounter the American militia at the Isaac Caulk farm. 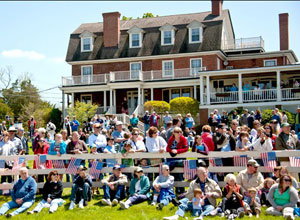 Kitty Knight House—The British reduced much of Fredericktown to ashes; then crossed to Georgetown, setting much of it aflame as well. Catharine "Kitty" Knight reportedly persuaded the British commander to save this house and that of an elderly neighbor, two of the ten or so houses that survived the sacking of Georgetown. 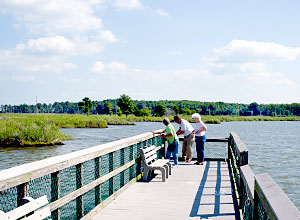 Eastern Neck Island—On August 27th, 1814, three days before the Battle of Caulk’s Field, Col. Phillip Reed used Eastern Neck Island and nearby Trumpington Manor to mislead the British as to the size of his forces.  Since the British were able to observe their activities from their encampment on Kent Island, Reed directed his cavalry to cross and recross the water from the mainland at Trumpington to Eastern Neck in a ferry scow.

The British officer who would lead his men at Caulk’s Field, Sir Peter Parker, wrote, “Running down the Eastern shore of Maryland on [August] 27th …I was surprised to observe the Enemy’s Regular Troops and Militia in motion along the whole coast.” 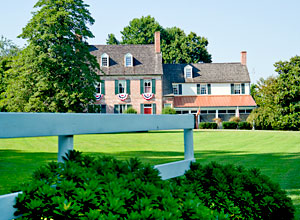 The Inn at Mitchell House—Legend holds that after Sir Peter Parker was mortally wounded at the Battle of Caulk’s Field, he was taken to Mitchell House.  However, period accounts report his body was taken directly to his ship, Menelaus, where the body was placed in a whisky-filled coffin.

On September 3, 1814, the British raided the home of Major Thomas Mitchell in the early morning.  Mitchell’s horses were shot and the Major taken prisoner because the British believed he was the commissary general for Maryland.  In reality, he was a militia contractor for Kent County.  Some accounts report Major Mitchell was held prisoner in England until 1817

The current dwelling was built by Joseph T. Mitchell in 1825. 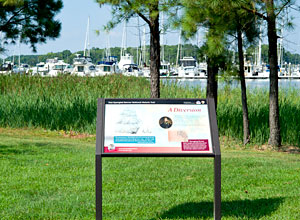 Swan Creek—On August 20, 1814, a week before the battle at Caulk’s Field, forces from the H.M. Menelaus, commanded by Sir Peter Parker landed at Swan Creek to raid farms in the area.  On August 26, the storm that dampened the flames at Washington, capsized the tender Mary , leading to the loss of a 32 pounder carronade, 150 cannonballs muskets, swords and gunpowder.

Fairlee Creek—On August 28th, 1814, Royal Naval vessels commended by Sir Peter Parker fired Congreve rockets at the “elegant” house of Henry Waller on the West side of Fairlee Creek.  The Maryland Gazette reported: “On Sunday the 28th the enemy came ashore at the farm of Mr. Henry Waller, being on Chesapeake Bay…and burnt his dwelling house, barns, all other out-houses, wheat in the granary and stack, and in short destroyed every thing they possibly could: his loss is estimated at eight or ten thousand dollars.” 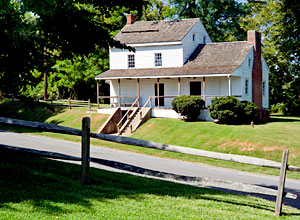 Turners Creek—Turner’s Creek was an active settlement at the turn of the 19th century with over 60 residents, a granary and a mercantile business operated by Donaldson Yeates.

The British, on their way to attack Fredericktown and Georgetown on the Sassafras River on May 6, 1813, landed at the mouth of Turner’s Creek and forced John Stavely to serve as their pilot.  After the raid and burning of the towns, they returned Stavely to Turner’s Creek and plundered the property of John Lathim for supplies. 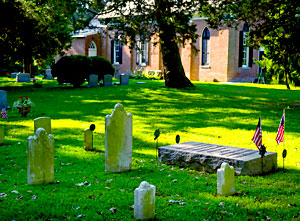 Christ Episcopal IU Church Cemetery—Buried here is the best-known of Kent County’s War of 1812 military leaders: Lt. Col. Philip Reed, (1760-1829) Commander of the American militia at the Battle of Caulk’s Field. Reed served in the Revolution, rising to the rank of captain of infantry, served in the State house of delegates, the U.S. Senate and returned to military service in the War of 1812.  After the war he was twice elected to Congress.

He died November 2, 1829 at Huntingfield, his home near Rock Hall. 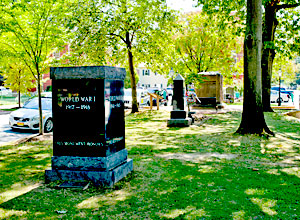 Memorial Park(Chestertown)—Kent County and the county seat, Chestertown played many roles in the War of 1812. Although the town was protected by the long trek up the Chester River, the Western shore of the county provided the British Navy with many easy targets which were raided for provisions and, no doubt, to cause the Americans discomfort.  The western part of the county was also the site of The Battle of Caulk’s Field. Chestertown was home to many of the significant personalities.  For instance:

The Dougherty Barroll House on High Street once was home to Joseph Hopper Nicholson, a member of the U.S. House of Representatives and Francis Scott Key’s brother-in-law. 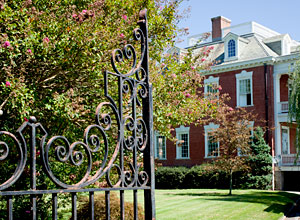 Widehall, on Water Street was the home of Judge Ezekiel Forman Chambers (1788-1867) who commanded a company under Lt. Col. Philip Reed at The Battle of Caulk’s Field.  Judge Chambers died at Widehall in 1866 and is buried in Chestertown Cemetery. 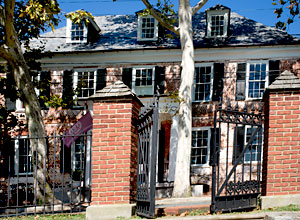 The Hynson-Ringgold House was the home of James Edmondson Barroll (1779-1875), secretary and adjutant to the Troop of Horse under the command of Capt. Frederick Wilson.